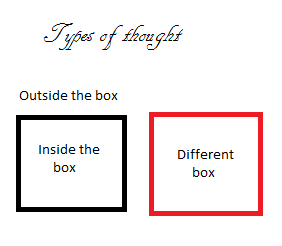 There are so many words in the English language. According to Oxford dictionaries there could be as many as a quarter of a million words. Now for autistics language presents many difficulties. I mean with so many different meanings for the same word. I mean there’s the word to read and the past tense is to have read, the exact same spelling but sounds different and the only way you know it’s the past tense is the word have but you can also just say I read a book but which do I mean? Who knows?

Also there are so many words for the same thing for the word happy, according to thesaurus.com there are 17 different words that are relevant to the word happy. 17! But the worst thing is when with all these words you still have to say the phrase “I don’t have the words to explain”. So really the purpose of language is to help us communicate but when we need them most, we don’t have the words. An example is that one day I was sitting really close to someone and they said “you’re making me feel claustrophobic” so I responded and said “I’m claustrophobising you”. I know it’s not a word but it should be if we can give advice and the verb for that is to advise. Why can’t you say you are claustrophobising?

I will never be an amazing linguist. I like people to say what they think not use the tricks of language to confuse and bemuse me. Sometimes I wish I was still a mute.

Here a video that demonstrates what I mean it’s based on a poem by “Gerard Nolst Trenité” in 1922, with original title “The Chaos”

Thanks for reading. Hope you liked it. Peace out!

4 thoughts on “(English) Language is hard”